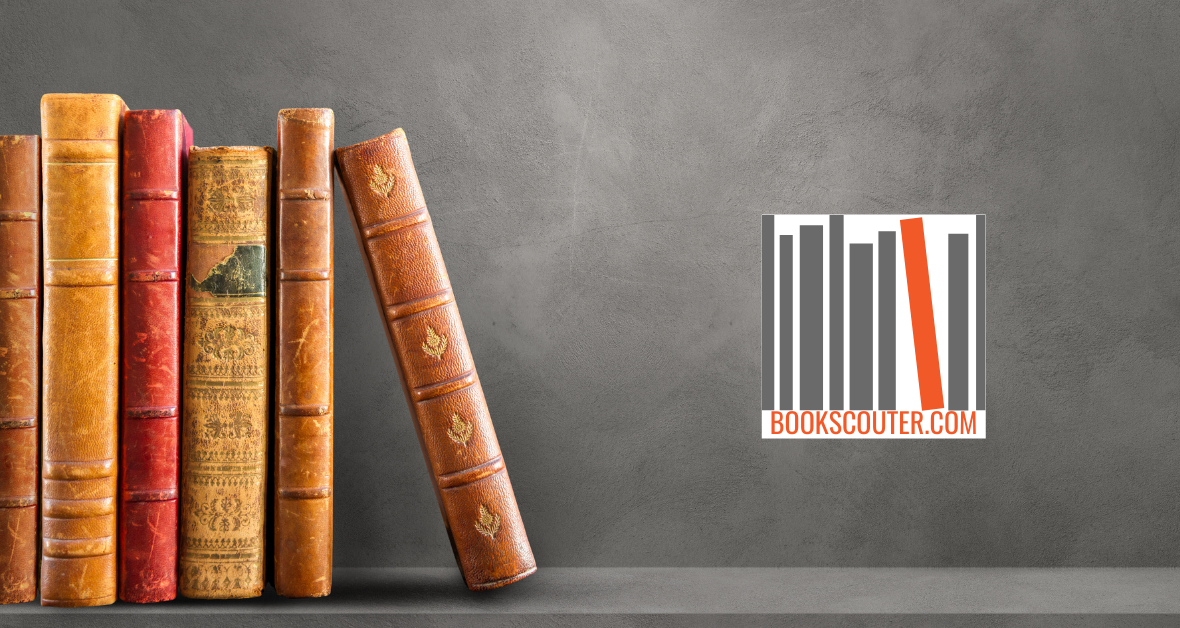 How to Tell If a Book Is a First Edition: A Complete Guide

In publishing, an edition is all copies of a book that are produced and printed at the same time. The term “first edition,” however, is used differently by publishers and collectors. In this article, we’ll try to understand the meaning behind the term, ways to identify first editions, and why these books are so valuable and sought after.

What Is a First Edition Book

What Does First Edition Mean?

When a new book sees the light of day, it’s classified as a first edition book. If sales take off and the book becomes popular, it goes through several re-printings, yielding multiple editions. Sometimes different publishers publish a book over a span of many years, and sometimes re-printings accommodate film accompaniments.

A “first edition” is classified as the first time a book is printed by a publishing company and distributed commercially, but the “true” first edition always refers to the book’s original printing date with the initial publisher. It’s also useful to understand what the first state means with regards to first editions. Each collector is interested in the first edition, the original copy, which means the very first copy that was published before any changes were made during the production of the first printing. These changes are called “states,” so the most valuable and expensive first edition copy may bear the title of “First edition, first state.” It is the hardest thing to get.

First trade editions are another type of printing distributed for general commercial sale. They fall into the category of a true first edition if they are printed simultaneously with the original book.

Finally, advanced reading copies go out to booksellers and reviewers. The cover of this book will most likely be labeled as “advanced reading copy” (ARCs). These are not considered true first editions, as they are technically pre-publication printings, and they are not the copies collectors are after.

A second (or any subsequent) edition differs from a second printing, as it is not simply a new copy of the first edition but the copy that has changes in the text:

Most commonly, new editions are released every 10–15 years, but many textbook publishers release new editions 3–4 years.

How To Know If a Book Is a First Edition

First editions are the most valuable, but only if they are true first editions, first printings. Therefore, if you get a book that’s marked as a first edition, don’t get excited immediately. The book could belong to any one of the aforementioned categories. Before you start making plans on how you’d sell it on eBay, you need to carry out a thorough check. So how to tell if a book is a first edition?

There are four major criteria your book must meet, be it a hardcover or a paperback, to be considered a true first edition. You can check whether “first edition” is mentioned on the copyright page, but you also need to check it for the correct publisher, date, edition number, and print run number. Different publishers arrange this information differently, so, with some books, be prepared to play a detective.

Most likely, you’ve researched this information, so you know what you are looking for. For instance, Pride and Prejudice was published by Penguin books: If the copyright date is the same as the publishing year, you are on the right track. Here is how a copyright date looks in Wordcrime: Solving Crime Through Forensic Linguistics: © John Olsson, 2009 This information may be written on the copyright page, but in some cases, publishers do not mention it in the first edition. In this case, you have to get to the next step.

Print run number (print line) is usually the lowest (but not necessarily) number found on the copyrighting page. It can help you identify the very “first edition.” Print runs are sequences of numbers (1–10), usually printed in descending/ascending, alternating order, or even without any particular order. In 100 Years of Annoying the French, the numbers alternate from left to right. This is done intentionally to keep the number line centered. So when the numbers are removed from each side with each subsequent printing, the line stays centered, as in The Heather Blazing: The print run number may also be accompanied by the statement about the copy being a first edition or not:

Here is the first edition, second printing of It’s Different at Dartmouth by Jean Alexander Kemley: The year of publication is on the left; the printing number is on the right, and in the middle—there is a code that identifies the contracting printer if the printing was outsourced. So, this print run roughly reads that the book was published in 1993, first printing, printing done by R.R. Donnelley Sons Company (presumably).

Here is another good example from Harry Potter and the Deathly Hallows, which is actually the first printing made in 2011: There might be a variation: instead of numbers, print runs may consist of letters:

Sometimes, you may see the following line in a book: “First edition, second impression.” In publishing, an impression is a term to denote an iteration of the manufacturing process. This is relatively the same as the second printing. Here is an example from Longman English Grammar: You may get easily confused, given all these variations, but once you go through the steps a couple of times, you’ll be able to identify the first edition right away.

You may need to do deeper research with older books, as the print run system dates back to World War II and the books published before the 1940s will have different hints. If you are interested in the topic and want to learn more about the old and rare first editions, we recommend researching old publishers and their individual practices. Start with this list of 20th-century publisher’s book series as an example.

Now when you know how to identify a first edition book, let’s get to the point of how much you can get for it.

How Much Is a First Edition?

First edition books are a pretty specific niche and a point of interest for fans and collectors mostly. High prices behind some of the first edition copies can be explained by the fact that the first print run was small (a few thousand copies), the book was a bestseller, the author is/was popular, and also by the demand—the willingness of many people to pay the price. Also, with more time passing, these copies get harder to get, causing an increase in their value and price on second-hand markets.

The book is so expensive because only 500 copies were published; 300 more went to libraries. So if your copy looks like the example below, we have bad news for you: it’s not the first edition but one of many that followed suit. Ah, disappointment. Now let’s have a look at the most popular first editions searched this year and their prices.

Top 5 Most Searched First Editions in 2021 A Christmas Carol in Prose, Being a Ghost Story of Christmas, is the first and the most popular of Charles Dickens’ Christmas books, and its 6,000 copies were sold out right away. It was published by Chapman and Hall on 19 December 1843. This very first edition with red and green title-page, cream endpapers, Stave One, was sold at Sotheby’s for £13,750 ($18,513) in 2019. Impressive, isn’t it?

What makes the book so fascinating is that, according to the auction’s description, it is “possibly a unique copy in this state.” It is basically the only copy dated 1843 with its title page printed in green and red inks. All other existing copies are dated a year older. Among other distinguishing features of this first edition are yellow-coated endpapers and the binding. The first edition of Don Quixote de La Mancha published in 1605, is a rare find nowadays. Written by Miguel de Cervantes Saavedra, a Spanish novelist, poet, and playwright, the book was sold on an auction in 1989 for as much as $1.5 million and hasn’t changed hands since then. It is considered “a founding work of Western literature,” bears the label of the first modern novel, and is basically one of the most-translated books in the world. A Tree Grows in Brooklyn was written by Betty Smith and published by Harper and Brothers in 1943. Regardless of its length (491 pages), the book doesn’t make you struggle through the text. The plot is simple but intriguing and raises a number of difficult social issues no less relevant today than they were in 1943.

According to the Online Guide for Rare Book Collectors, “First edition is stated on the copyright page above “D-S” and below “8-43”. Binding is green cloth with paper spine label. $2.75 price is on the upper corner of the front dust jacket flap, and “5338” is on the bottom.” The first edition copies are offered on eBay at $1,250 and on Etsy at $4,700. Where the Wild Things Are First Edition

Where the Wild Things Are is a children’s picture book by Maurice Sendak, an American writer and illustrator. Originally published by Harper Row in 1963, the book has got several media adaptations and has sold over 19 million copies worldwide.

It’s a first edition, first printing, inscribed and signed by Maurice Sendak and containing an original drawing, is now offered on Biblio at $22,500! A less expensive first edition copy was sold at Nate D. Sanders Auctions at $3,300. Another sought-after first edition book by Charles Dickens on our list is A Tale of Two Cities, which is offered on Biblio at $17,262.50 at the moment from Jarndyce Antiquarian Booksellers. This copy is described as  “probably the most difficult Dickens first edition in cloth…and probably as good as it is possible to obtain.”

A Tale of Two Cities, originally published in 1859, is a historical novel about the French Revolution set in London and Paris. It is considered one of the most popular works of fiction as well as one of the most printed original English books. If you have an old copy in the attic, you definitely need to check it. Who knows, maybe you are lucky to have the first edition!

So when you decide to sell that book after you’re finished, don’t market it as a first edition unless you’re 100 percent sure. First editions are rare finds, and even if you happen to come across one, you’ll need to double-check and follow all the leads to make sure it is the one. We hope that this guide will be useful and instructive in your first edition book research.

First editions are best sold on sites like eBay or Amazon for the most profit. If you don’t have any rare books at home but plenty of used textbooks and fiction you don’t need anymore, you can also check Bookscouter for offers from various vendors and best prices.

BookScouter helps you sell textbooks and used books for the most money by comparing offers from over 35 book buyback vendors with a single search. It's 100% free with no registration required.