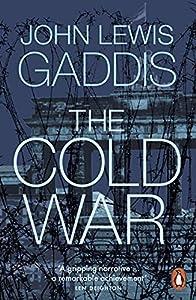 In 1950, when Joseph Stalin, Mao Zedong, Ho Chi Minh and Kim Il-Sung met in Moscow to discuss the future, they had reason to feel optimistic. International Communism seemed everywhere on the offensive: all of Eastern Europe was securely in the Soviet camp; America's monopoly on nuclear weapons was a thing of the past; and Mao's forces had assumed control over the world's most populous country. The story of the previous five decades was one of the worst fears confirmed, and there seemed as of 1950 little sign, at least to the West, that the next fifty years would be any less dark. In fact, of course, the century's end brought the widespread triumph of political and economic freedom over its ideological enemies.In "The Cold War", John Lewis Gaddis makes a major contribution to our understanding of this epochal story. Beginning with the Second World War and ending with the collapse of the Soviet Union, he provides a thrilling account of the strategic dynamics that drove the age. Now, as Britain once more finds itself in a global confrontation with an implacable ideological enemy, "The Cold War" tells a story whose lessons it is vitally necessary to understand.