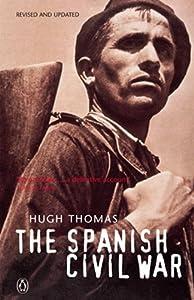 Since its first publication, Hugh Thomas's The Spanish Civil War has become established as the definitive one-volume history of a conflict that continues to provoke intense controversy today. What was it that roused left-wing sympathizers from all over the world to fight against Franco between 1936 and 1939? Why did the British and US governments refuse to intervene? And why did the Republican cause collapse so violently? Now revised and updated, Hugh Thomas's classic account presents the most objective and unbiased analysis of a passionate struggle where fascism and democracy, communism and Catholicism were at stake - and which was as much an international war as a Spanish one. 'Remarkable ... a definitive account'
Sunday Times 'A prodigy of a book ... about the most heroic and pitiful story of the twentieth century'
Michael Foot 'His masterwork'
Independent 'A full, vivid and deeply serious treatment of a great subject'
The New York Times Book Review Hugh Thomas is the author of, among other books, The Spanish Civil War (1962), which won the Somerset Maugham Award, Cuba: The Pursuit of Freedom (1971), An Unfinished History of the World (1979), and the first volume of his Spanish Empire trilogy, Rivers of Gold (2003).