The end of summer can bring mixed emotions. From the excitement of starting a new semester and reuniting with friends to bittersweet feelings about the conclusion of a carefree summer, it’s that time of year where students have to pack up their possessions in the trunk of a car (don’t forget your shower shoes!) and set off for another year of college. To avoid the monotony of a long drive (and to prevent your parents from going over your dorm packing list yet again), here are the top audiobooks and podcasts to listen to while driving back to college!

The Best Podcasts to Listen to while Driving Back to School

When listening to music becomes tiresome and your voice grows weary from trying to match Ariana’s range, a podcast is always there to keep you company in the car. We truly live in the renaissance of podcasts with a seemingly endless plethora of stories to listen to. The most popular and prevalent category is of course true crime, and therefore the top picks are divided below into two categories: “True Crime” and “Other Podcast Fun”.

This widely acclaimed podcast was recently adapted into a TV show starring Connie Britton and tells the story of the titular Dirty John, whose shady past catches up with him after starting a new relationship. Captivating and stylish from the start, Dirty John sets itself a part by not revealing what the crime is until the final episode of the podcast, instead offering a slow burn with plenty of lead-up and foreshadowing. This six- episode series will have you awestruck at the actions of all parties involved and provides a very satisfying conclusion.

Over My Dead Body

The first season of this thriller tells the insane story of a seemingly perfect marriage torn apart, ending in murder. Told through interviews and phone calls obtained by investigators over seven episodes, the series gives new meaning to the term “monster-in-law”. The only caveat is that this twisty case is still ongoing in court, meaning that it does not offer the finality many listeners desire.

The longest time investment on the list and thus this podcast might be better if you’re going to school cross country rather than a quick in-state jaunt. The first season of Up and Vanished garnered publicity for the investigative efforts of its host, Payne Lindsey, who travelled to the town of Ocilla, Georgia to delve into the 2005 murder of Tara Grinstead. Up and Vanished places its host inside the true crime rather than on the periphery, and thus the listener feels as if they are right along for the investigation rather than listening to a summary after the fact. There are multiple developments in the case thanks to Lindsey’s investigation and this podcast provides a comprehensive glimpse into what it takes to crack a cold case.

This widely-acclaimed podcast is arguably the most well-known of the true crime genre. Its two hosts, Georgia Hardstark and Karen Kilgariff, have earned both cult and celebrity status. The podcast takes a “case-of-the-week” approach in contrast to the aforementioned podcasts. Each host brings a murder case to every episode that they unpack with a combination of brute honesty and irreverence that makes their storytelling so beloved. Some of the cases are infamously well known, while some are less recognized, but nevertheless compelling. This podcast offers a nice mix of needed levity with retellings of some of the world’s most shocking crimes.

Similar to the self-contained storylines of My Favorite Murder but minus the hosts’ personal commentary and opinions, Casefile also differs from its true crime brethren in that it takes on a variety of stories apart from solely homicidal ones. Plane crashes, robberies, and, of course, murders are detailed straightforwardly by an anonymous Australian narrator. Many of the crimes are cold cases, and thus updates are often provided in real time if a break is made in the case. Sleek, concise, and riveting, Casefile tells engaging stories without a big time commitment.

Other Fun Podcasts for Car Rides

Okay, let’s admit it. Even though we’re pretty much adults by the time we get to college, there is still so much that we have no idea about. This NPR-produced podcast helps alleviate that ignorance by producing episodes with titles such as “Millennials and Money” and “How to Get the Best from your Doctor” that offer practical advice on everyday topics that we might need to learn more about instead of calling our parents for the answer every time.

Stuff you Should Know

For those students with an unquenchable thirst for knowledge, this podcast offers in depth lessons about topics you would never even think to research. From the concept of petrichor to sand dunes, this podcast is for information enthusiasts looking to learn while driving.

Celebrity Podcasts for a Long Drive

For some hilarious and easy-listening fare, check out celebrity interview podcasts such as Anna Faris is Unqualified, Fresh Batch with Michelle Collins, and Armchair Expert with Dax Shepard. These podcasts among others consist of funny celebrity anecdotes with the podcast setting making celebrity guests much more relaxed and unfiltered in their responses.

Don’t leave all the learning for the classroom. Get a head start on building your entrepreneurial dreams and ideas with The Studentpreneur Show, produced by BookScouter. This podcast interviews college students who started their own businesses and professors with tips on being successful in and outside of college. Who knows, you yourself may become a studentpreneur.

Audiobooks for College Students on a Long Car Drive

For an even longer drive, audiobooks for college students are an entertaining way to pass time while immersing yourself in alluring stories.

Just as we live in the renaissance of true crime podcasts, we are also in the midst of the reign of the psychological thriller: the current genre du jour that continues to captivate readers worldwide. Some are well known such as Gone Girl, The Girl on the Train, Big Little Lies, and The Woman in the Window. While others like The Woman in Cabin 10 and An Unwanted Guest are just as deliciously captivating. These books will hook you from the first page and have you wishing for another 100 miles in order to hear the twist-filled endings.

Self-penned and narrated memoirs provide intimate portraits into lives of fascinating individuals. From Michelle Obama’s Becoming to Yes Please by Amy Poehler and Born Standing Up by Steve Martin, memoirs told by the voice they are about and were written by are truly intriguing.

Maybe you need to brush up for an American literature course or maybe you just possess an enduring reverence for the classics, but either way Audible offers an array of celebrity-narrated classics. For example, Jake Gyllenhaal narrates The Great Gatsby and Anne Hathaway narrates The Wonderful Wizard of Oz in these fun, fresh renditions of timeless works of fiction.

Whatever you do to pass the time on your road trip back to college, here’s to a safe and enjoyable trip and a semester filled with success and happiness! Parker Strubhar is a recent graduate of the University of Oklahoma and currently resides and works in Washington D.C. He is also a freelance writer. Business inquiries can be directed to parkerstrubhar20@gmail.com. 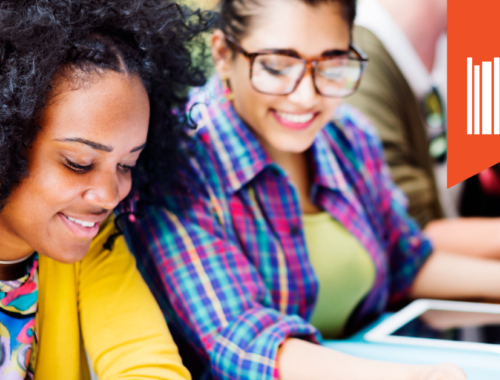 10 Effective Study Tips for Students to Succeed This Year 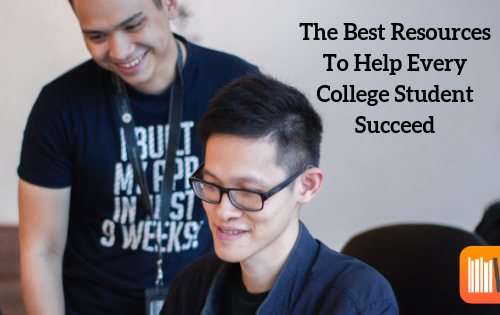 The Best Resources To Help Every College Student Succeed